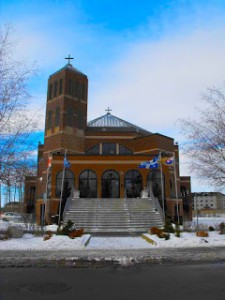 The meeting will permit the congregation to elect a new chairman and secretary, and conduct elections for representatives to the Laval Regional Council, as well as to fill a vacant seat on the Greek community’s board of directors. It will be conducted at the church’s premises at 4865 du Souvenir.

The meeting comes during a turbulent period for the Greek populace in Laval and Montreal.

The Hellenic Community of Greater Montreal (HCGM.org) has been riven by profound disagreement over the organization’s agreement with the Metropolis, the head office of the Greek Orthodox Church in Canada.

In addition to promoting Greek language and culture in the region, HCGM is also dedicated to preserving the Greek Orthodox faith and tradition.

The dispute arose over an agreement that spells out the amount of financial support that HCGM sends to the Metropolis in Toronto.

HCGM has proposed to fund the Metropolis to the tune of $1.3 million over a six-year period, commencing in 2013.

“We are also pleased to announce that through our recent efforts with the appropriate governmental authorities in Greece,we have received their assurance with regard to the writeoff of a loan amount due to the Greek State,” HCGM president Nicholas Pagonis said in a statement. “It is the express wish of the Greek politicians who have assisted us in this exercise that an agreement be struck between HCGM and the Metropolis.”

Pagonis comments provoked a fierce debate on HCGM’s Facebook page, where parents indicated that they were incensed by HCGM’s decision to hold its previous meeting during the winter school break, March 3; to decide a matter that they believe will affect Greek schools in Laval and Montreal.

“To have canceled the original meeting, Feb. 24, because of some Monastery event and to have scheduled it the following week that our schools are away on spring break vacation, or are in town but have made plans months in advance, is a huge slap in the face to the parents who represent more than 50 percent of HCGM members,” wrote Kostas Rigas. “Totally unacceptable!”

Pagonis denied accusations that fee increases at Montreal region Greek-language schools would be diverted to the Metropolis.


He noted that falling attendance at Greek Orthodox churches during the past five years has cut revenue from weddings, baptisms, burials, candle sales, membership and the collection plate, and predicted that his proposal “will increase the number of visitors to our churches.”

Pagonis also voiced the hope that a recent Supreme Court of Canada decision that common-law spouses don’t have the same rights as married partners will revive the fortunes of the Greek Orthodox Church.

“The financial position of the churches was deteriorating,” he observed. “We believe that this ruling will help bring about an increase in the number of religious and civil marriages in Quebec, starting immediately and lasting well into the future.”

HCGM public relations director Fotis Komborozos returned The Suburban’s telephone call, but declined to comment further about the financial proposals and what impact these changes could have upon Laval’s Greek community.