Mark your calendars: The city plans to pull out all the stops for a family fun day at Lausanne Park, August 22.

“It will be the biggest community party ever held in Laval,” enthused Laval executive committee vice-chairman David de Cotis, who is city councilor for St. Bruno district, where the event will unfold from 1 p.m-10 p.m. “You can expect to see surprise celebrities show up throughout that day from the worlds of politics, entertainment and sports.”

“We’re raising funds for Alzheimer Laval and sensitizing the public to this horrible disease,” explained St. Vincent de Paul Councilor Paolo Galati, who will co-chair the event together with de Cotis. “It will also be a daylong activity where Laval residents can have a wonderful time with their families.”

“We expect a strong turnout,” Galati added. “There will be inflatables for the kids, the Cosmodome is going to be there, as will be Laval firefighters and the police canine squad, a train and possibly pony rides.”

Mayor Marc Demers has also agreed to be a good sport and sit astride a dunking pond, to help raise money to help Laval’s more than 10,000 Alzheimer’s disease victims.

“The mayor will be sitting in a chair above a tank filled with water,” de Cotis explained. “People will pay to throw a ball at a target and, if they hit it, the mayor will fall into the water.”

“Opposition politicians are welcome to participate, as long as they contribute a lot of money to Alzheimer Laval,” quipped Galati.

“For me, it’s something personal,” he confided. “My late grandmother suffered and my 87-year-old aunt is suffering from it now. She lived in our home for 15 years and is like a second mother to me. It’s devastating to the family.”

“My grandparents passed away from this disease so for me it’s something very personal,” de Cotis added. “Saw first hand how they deteriorated. It’s very distressing when grandparents whom you have know all your life no longer recognize you. That’s why we decided to dedicate our energy and time to help Alzheimer Laval.”

Last year alone, Alzheimer Laval enabled caregivers to have 54,000 hours of respite from caring for their loved ones stricken with the disease, according to ceo Lise Lalande. The organization also provided 4,700 consults and follow-ups and more than 1,000 people attended its workshops, seminars and personalized presentations for caregivers and family members.

It has also diligently translated its web site www.alzheimerlaval.org into English, and offers classes in English, as well as French. That has been a boon to Laval’s English-speaking population, which is aging more rapidly that the rest of the Laval population. The initiative to provide English service is pivotal, since a second-language is often one of the first abilities lost to dementia, even if the Alzheimer’s sufferer was once fluent in French. 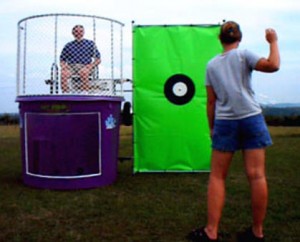